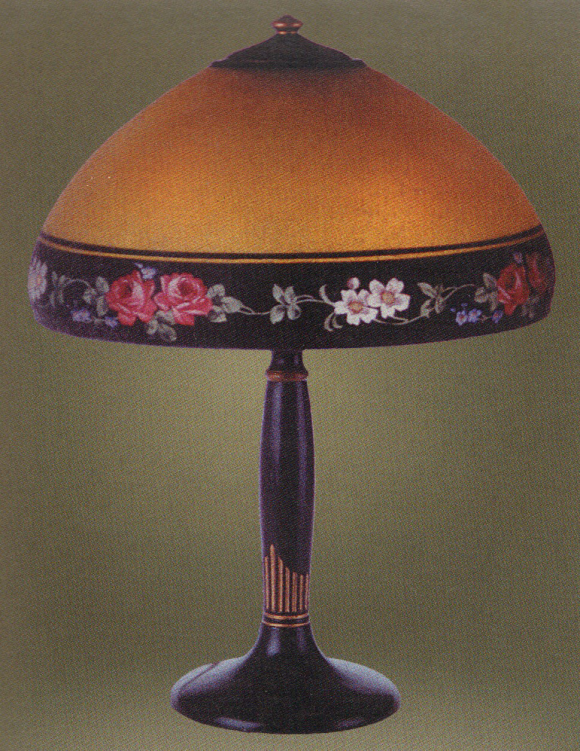 
People who viewed this item also viewed:
No Image

Long Description: The Rose Band shade is a 15" conical shade that has a stylized band of roses and wildflowers along leafy vines. Similar to other Handel lamps, the shade is painted on the interior. The bronzed and polychromed base is attached to a molded round foot.