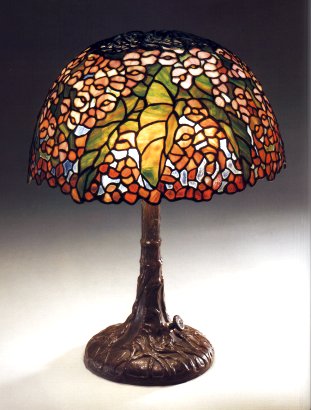 Long Description: The begonia design consists of pale pink petals with soft gold or green centers. Three pale green leaves of textured glass interrupt the floral pattern. The background has a gray tone scarcely seen due to the volume of blossoms. This design was also manufactured with a blue background