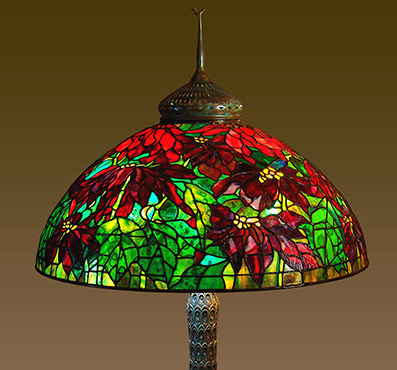 Long Description: Unlike other poinsettia shades in this collection, this design is on a 26" shade with three repeats of blossoms and foliage. The red and pink petals are streaked with white while the green leaves are mottled with usual light green and blue tones. The background is colored with gold-orange tones to highlight the blossoms. An interesting feature in this shade is the lack of a geometric border by the rim and aperture seen in most of Tiffany's designs.