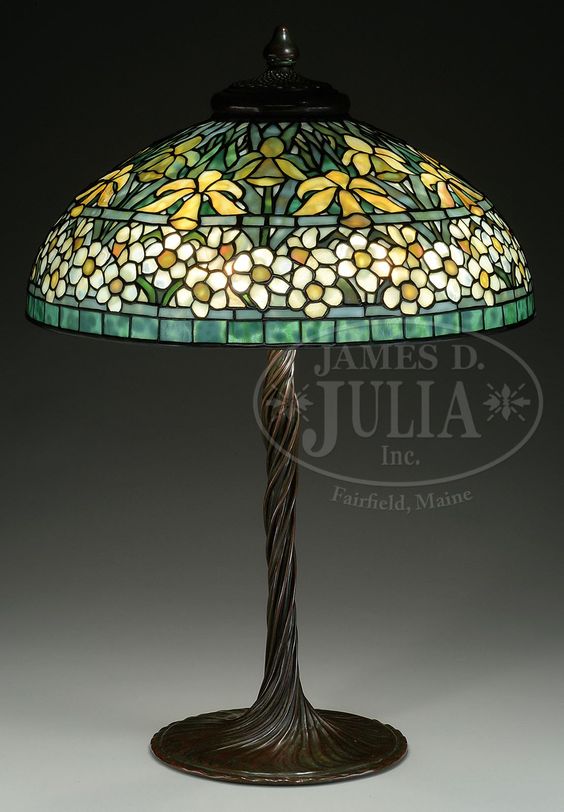 
Long Description: The lower border of the shade is decorated with jonquil daffodils of white six petal blossoms with yellow buds surrounded by green geometric rows. Above this design, yellow Trumpet Narcissi daffodils on green stems surround the aperture. The shade is supported by three arms from the twisted lily stem base.