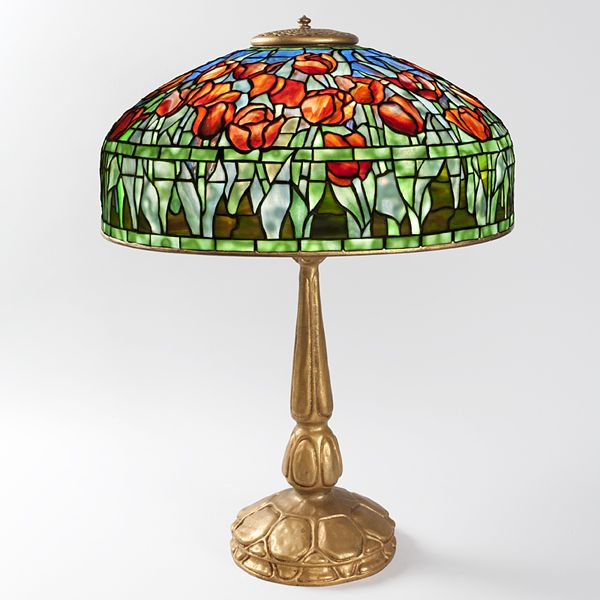 
Long Description: This is the widest tulip shade design having an 18" diameter of three repeating patterns. The six petal flower blossoms are overlapped to add depth on an earthy background. The petals range from a dark red to light orange with green glass mottled with blue. The apron of the shade is decorated with brown glass to resemble soil in which the tulips grow. Three rows circumscribe the shade on the apron and aperture.