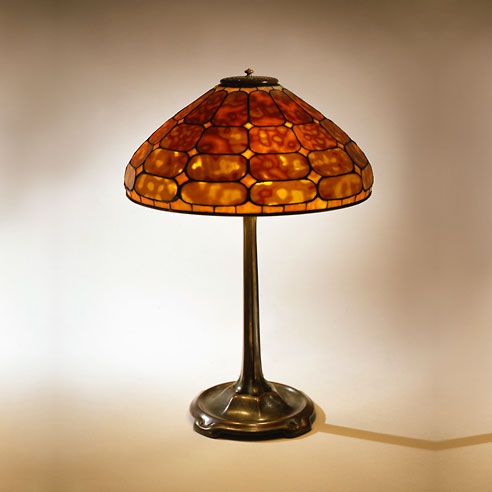 
Long Description: The colonial shade consists of four horizontal and twelve vertical rows of glass panels. A diamond pattern lays in between the panels of mottled design.