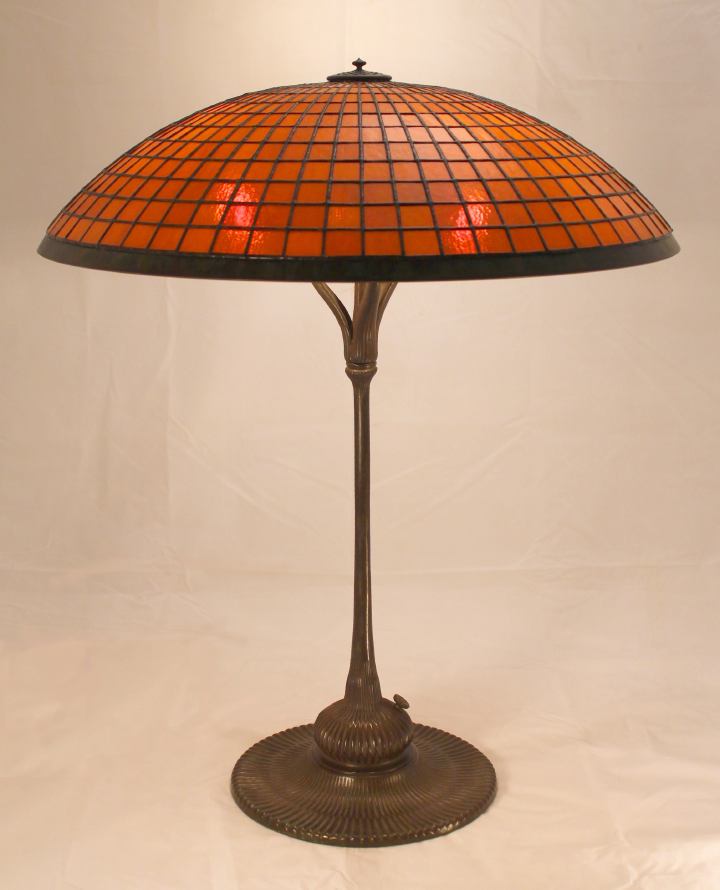 
Long Description: This parasol shade gently curves in an umbrella-like fashion. Quadrangular pieces of leaded glass are arranged in twelve horizontal rows and sixty vertical columns around the aperture. The base has a ribbed platform and a slender stem which three arms supporting the shade.