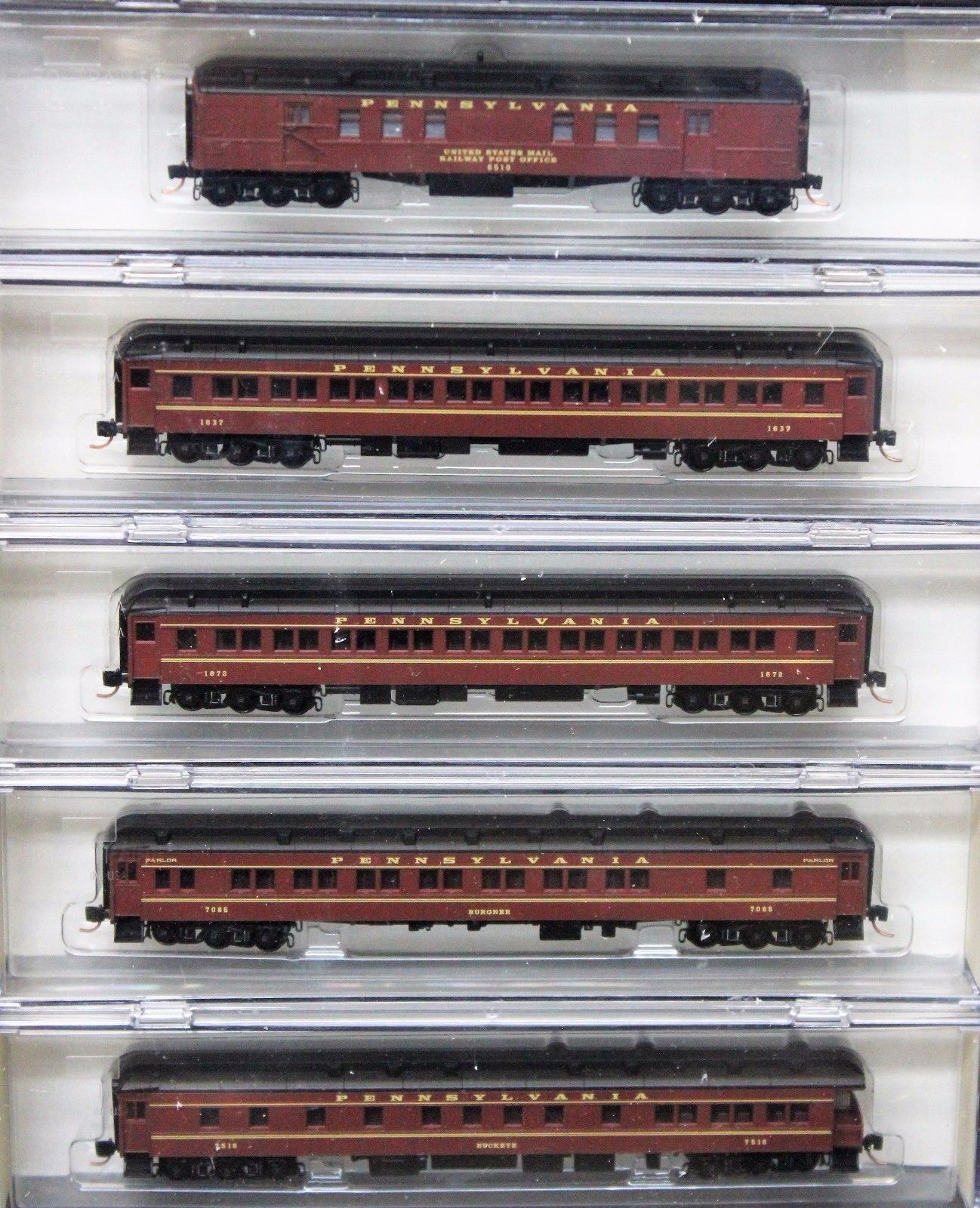 Model Information: Micro-Trains first ventured into the Passenger Car business in 2009 with the introduction of the Heavyweight RPO car (series 140). Previously, they had purchased cars from other manufacturers which they redecorated themselves. They elected to go with the early 20th century 'Heavyweight' cars. This is perhaps because Kato was already doing such a fine job with the later streamlined, lightweight cars that were popular in the post-war period. Micro-Trains designed a new 3-axle truck specifically for these cars and they have been successful enough that the RPO was joined by two sleepers, an observation car, a dining car, a coach, a parlor car, two baggage cars and even a horse car.

Many of these cars appear in multi-unit sets (often in boxes). These sets are popular as they allow collectors to get several cars for a consist in one shot rather than waiting years for Micro-Trains to release enough variety of body styles in the desired livery to run a prototypical consist.