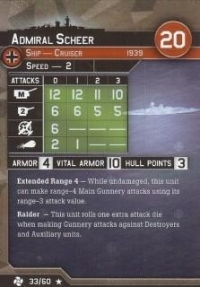 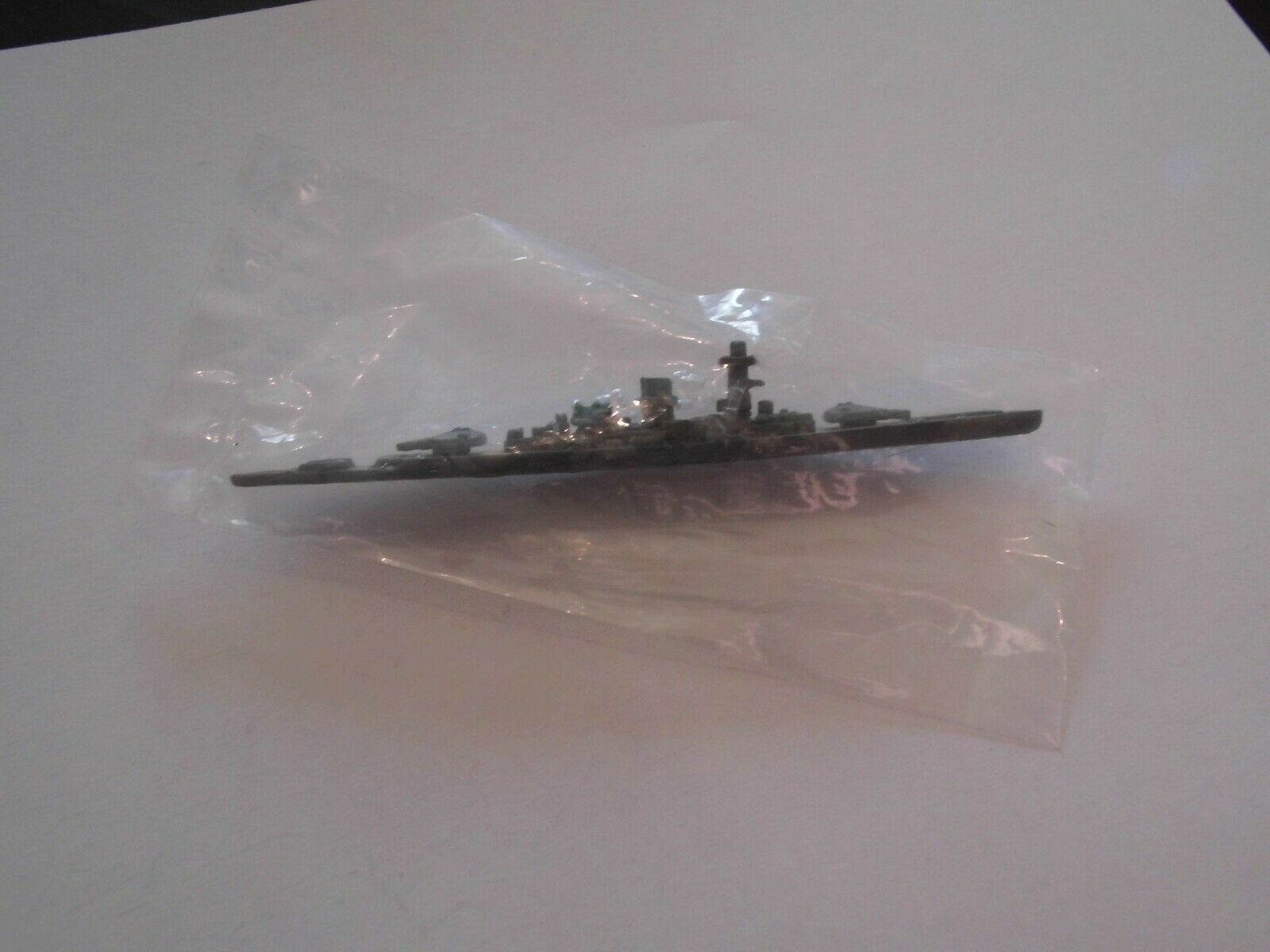 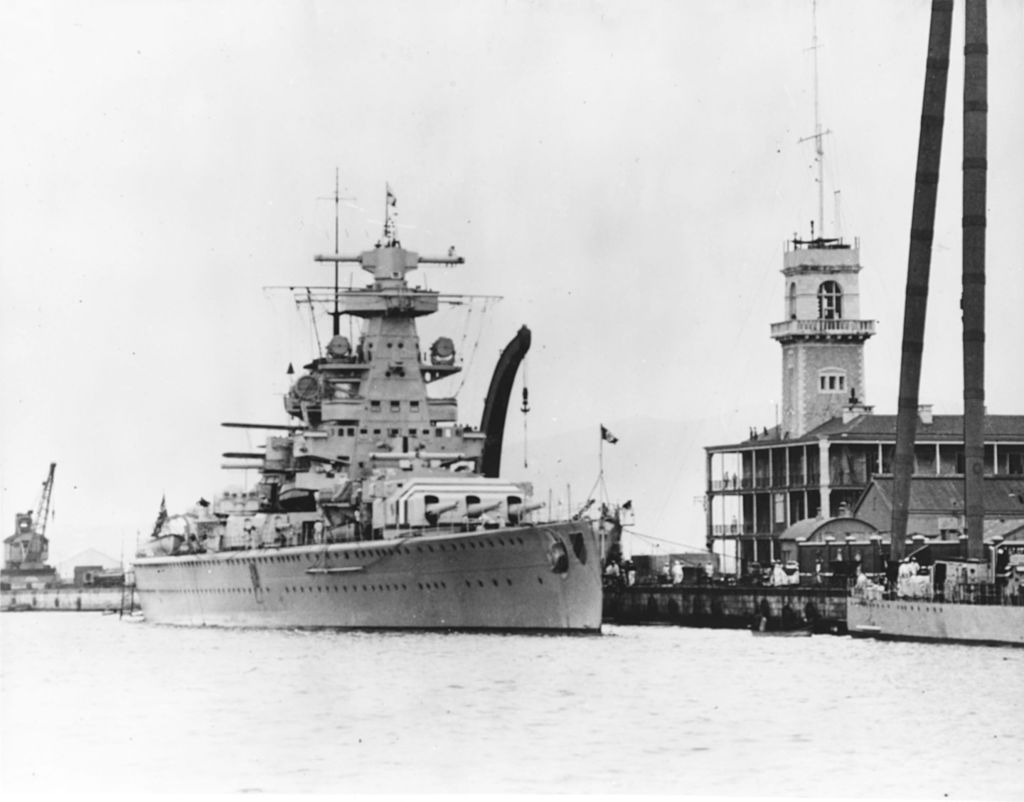 Admiral Scheer was a Deutschland-class heavy cruiser (often termed a pocket battleship) which served with the Kriegsmarine of Nazi Germany during World War II. The vessel was named after Admiral Reinhard Scheer, German commander in the Battle of Jutland. She was laid down at the Reichsmarinewerft shipyard in Wilhelmshaven in June 1931 and completed by November 1934. Originally classified as an armored ship (Panzerschiff) by the Reichsmarine, in February 1940 the Germans reclassified the remaining two ships of this class as heavy cruisers.

The ship was nominally under the 10,000 long tons (10,000 t) limitation on warship size imposed by the Treaty of Versailles, though with a full load displacement of 15,180 long tons (15,420 t), she significantly exceeded it. Armed with six 28 cm (11 in) guns in two triple gun turrets, Admiral Scheer and her sisters were designed to outgun any cruiser fast enough to catch them. Their top speed of 28 knots (52 km/h; 32 mph) left only a handful of ships in the Anglo-French navies able to catch them and powerful enough to sink them.

Admiral Scheer saw heavy service with the German Navy, including a deployment to Spain during the Spanish Civil War, where she bombarded the port of AlmerÃ­a. Her first operation during World War II was a commerce raiding operation into the southern Atlantic Ocean; she also made a brief foray into the Indian Ocean. During the operation, she sank 113,223 gross register tons (GRT) of shipping, making her the most successful capital ship surface raider of the war. Following her return to Germany, she was deployed to northern Norway to interdict shipping to the Soviet Union. She was part of the abortive attack on Convoy PQ 17 and conducted Operation Wunderland, a sortie into the Kara Sea. After returning to Germany at the end of 1942, the ship served as a training ship until the end of 1944, when she was used to support ground operations against the Soviet Army. She was sunk by British bombers on 9 April 1945 and partially scrapped; the remainder of the wreck lies buried beneath a quay.