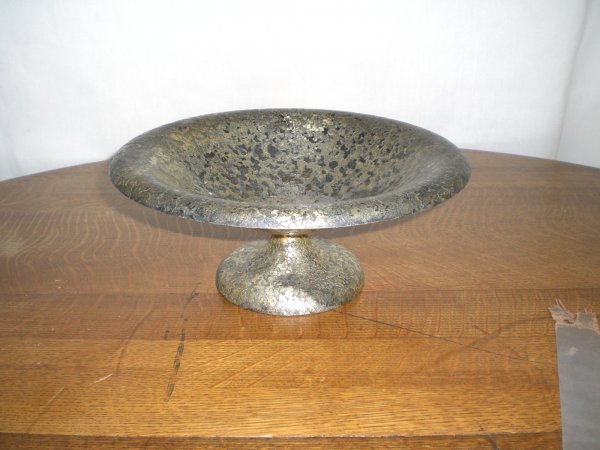 Manufacturer History: Roycroft was a reformist community of craft workers and artists which formed part of the Arts and Crafts movement in the United States. Elbert Hubbard founded the community in 1895 in the village of East Aurora, Erie County, New York, near Buffalo. Participants were known as Roycrofters. The work and philosophy of the group, often referred to as the Roycroft movement, had a strong influence on the development of American architecture and design in the early 20th century.