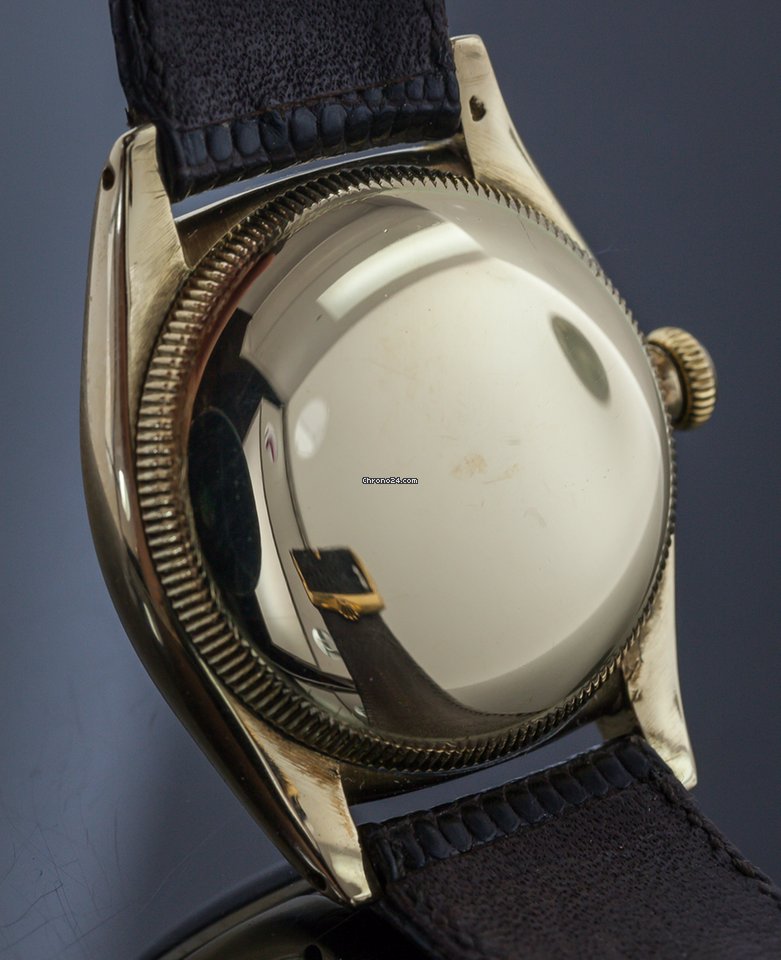 Rolex introduced the Bubbleback (or Bubble Back) in 1933. The name derives from the fact that the case appears to "bubble" outwards in the back, which in fact, it does. This is due to the fact that the earliest self-wind mechanisms were simply the same as the standard Aegler movements with a self-winding mechanism bolted on. The self-winding weight required some additional space and hence the case needed to "bubble" outwards to contain it.

Despite the fact that the design was what we would nowadays call a kluj or a hack (pardon the horological pun), these mechanisms did the trick. The new self-winding mechanism, named the Ref 620, worked very well and was a commercial success. People didn't seem to mind the design being a bit thicker in order to gain the convenience of never needing to wind their watches.

The design did have some flaws. Non of the bezels could be removed. The crystal was held in place by friction and were inserted during the construction process using compression. The Tropic 30 crystal was most commonly used. I believe a crystal lifter can be used to replace scratched crystals. These are available on eBay for a comparatively low price.

These watches were very successful and remained in production for more than a decade. They were eventually replaced by newer cases that were designed for newer auto-winding mechanisms with more streamlined profiles.
Click Here for all Articles on Rolex