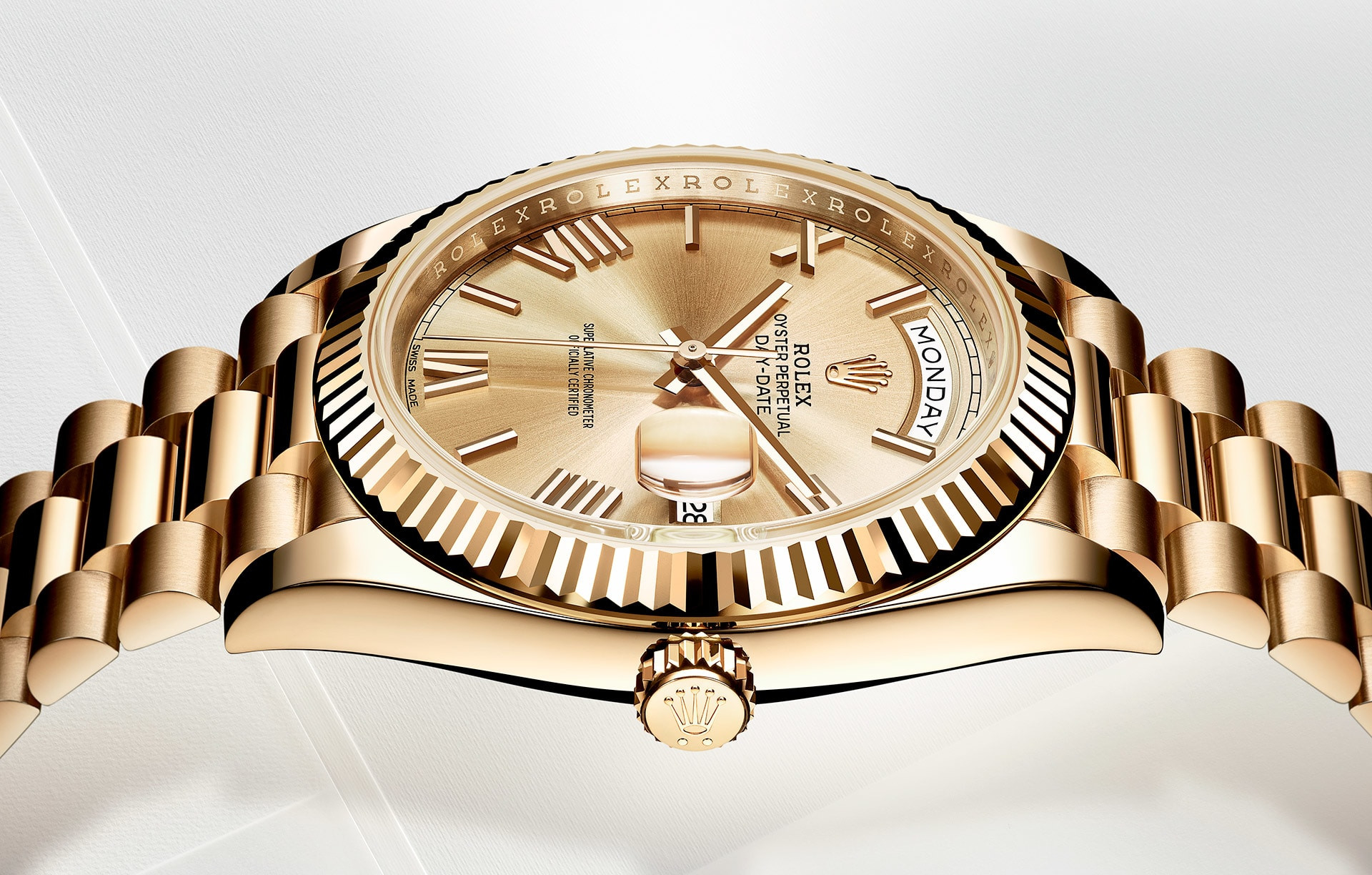 The Rolex Day-Date was introduced in 1956. It soon became known as the "Rolex President". This association was made as the watch was known to have been worn by LBJ and shared a scandalous connection to JFK. Since then it has earned the vote of a diverse array of potentates, including Warren Buffett, Jay Z, and (fictional character) Tony Soprano. The key features are the day display at 12:00, a newly designed (in 1956) 3-link band and construction from solid 18K gold in both the case and bracelet. Later versions introduced platinum as an alternative.

The Day-Date was a milestone in watchmaking history as it was the first mass-produced watch to feature a display of the day of the week at the 12:00 position and was offered in multiple languages. It is easy to identify a President as this feature clearly makes the watch stand out from its lower-shelf brethren. Rolex also designed a new bracelet to be issued with their new high-end family of watches. This bracelet is known as the "President Bracelet" and uses a rounded 3-link design and also served to make this watch stand out. Furthermore, intiially, these watches were only released in solid 18K yellow gold.

The first Day-Dates were models 6510 and 6511. These watches used the caliber 1055 movement which was equipped with a newly designed balance wheel and Microstella regulating screws. These early Day-Dates were not COSC certified chronometers. These mechanisms were a step more complicated than earlier Rolex/Aegler movements as they needed to support to rotation of the new day wheel.

The two original models only were in production for about a year. The original movement was not sufficient to achieve the COSC certification as chronometers. Rolex went back to Aegler and worked on a new design with an improved balance wheel. While still referred to as a 1055 movement, the watch models which used the improved 1055 received new reference numbers. This second generation of Presidents included the 6111, 6612 and 6613. From that point on, every Day-Date/President has been COSC certified.

The fifth generation arrived in 1988 with the new caliber 3155 movement which was assigned to the series 18200 and 18300 watches. A larger version was introduced in 2008 at Baselworld with a new larger 41mm case. This series is known as the Day-Date II. It shared the same mechanism as the Day-Date but reflected a growing public interest in larger watch cases.

The newest generation (sixth) was launched in 2015 with the introduction of the 3255 caliber and a third case style known as the Day-Date 40.
Click Here for all Articles on Rolex