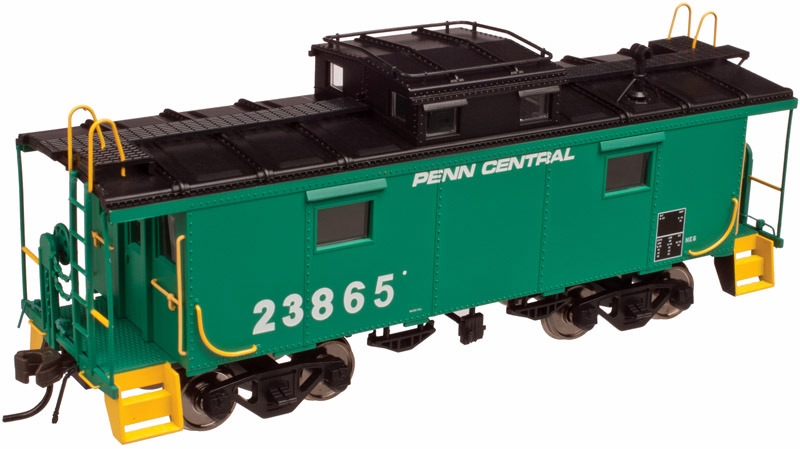 Model Information: (Special Note: some of the pictures from Atlas appear to be of one of their larger-scale models - HO or O). This caboose model was introduced in 2004 and was a major step forward in quality from the earlier caboose models. Because of the initial product numbering convention, these models are known as "33" series. They show a higher level of detailing than earlier caboose body styles as can bee seen in the roofwalk, ladders and underframe. They also feature body-mount couplers.

At first glance these models seem very similar to the "39" series C&O cabooses from Atlas. The cupola may be found in the center of the body, and they feature two windows on each side supplemented by two separated windows on each side of the cupola. To distinguish the NE-6 from the "39" series C&O cabooses, you can see that the NE-6's are shorter and the NE-6 cupola has three panels on the cupola roof. Furthermore the cupola on the NE-6 is more squat than the one on the C&O.

They are based on a standard caboose design of the International Car Company of Kenton, Ohio that was used in the 1940s. They are typically associated with the New Haven Railroad but this body style was in fact used by other rail lines as well. The cabooses showed real longevity and were found in operation well into the diesel era.