Model Information: The mid-train dome is technically a "corrugated" car, but we include it as part of the smoothside series because it was marketed and packaged as a smoothside car by Con-Cor. 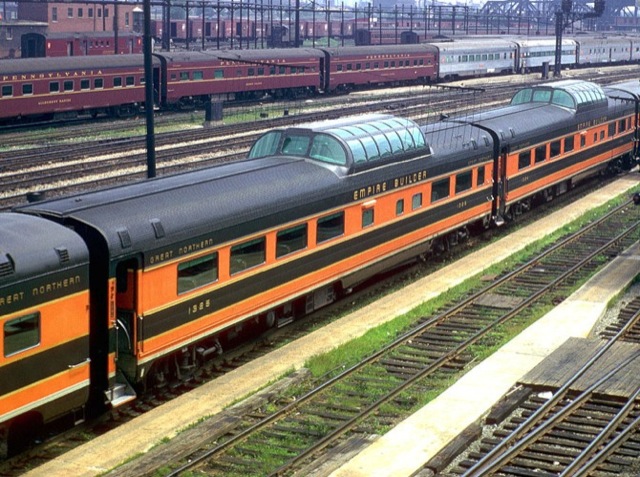 The Vista-Dome is a deluxe coach with a glass compartment rising out of the roof. This railroad passenger car has a second floor with 24 or 30 seats, lots of windows and no obstructions. The front and rear walls of the dome are windows. The entire side of the dome is made of windows. Curved glass is used to transition from the side to the roofing on vista-domes. All of this glass allows passengers to view the all the great and vast scenery. At night only the only lights used are to illuminate the floor allowing passengers to look up and watch for falling stars. A Vista-Dome has only one set of stairs up and down. It is not the place to hide from a ticket collecting conductor.