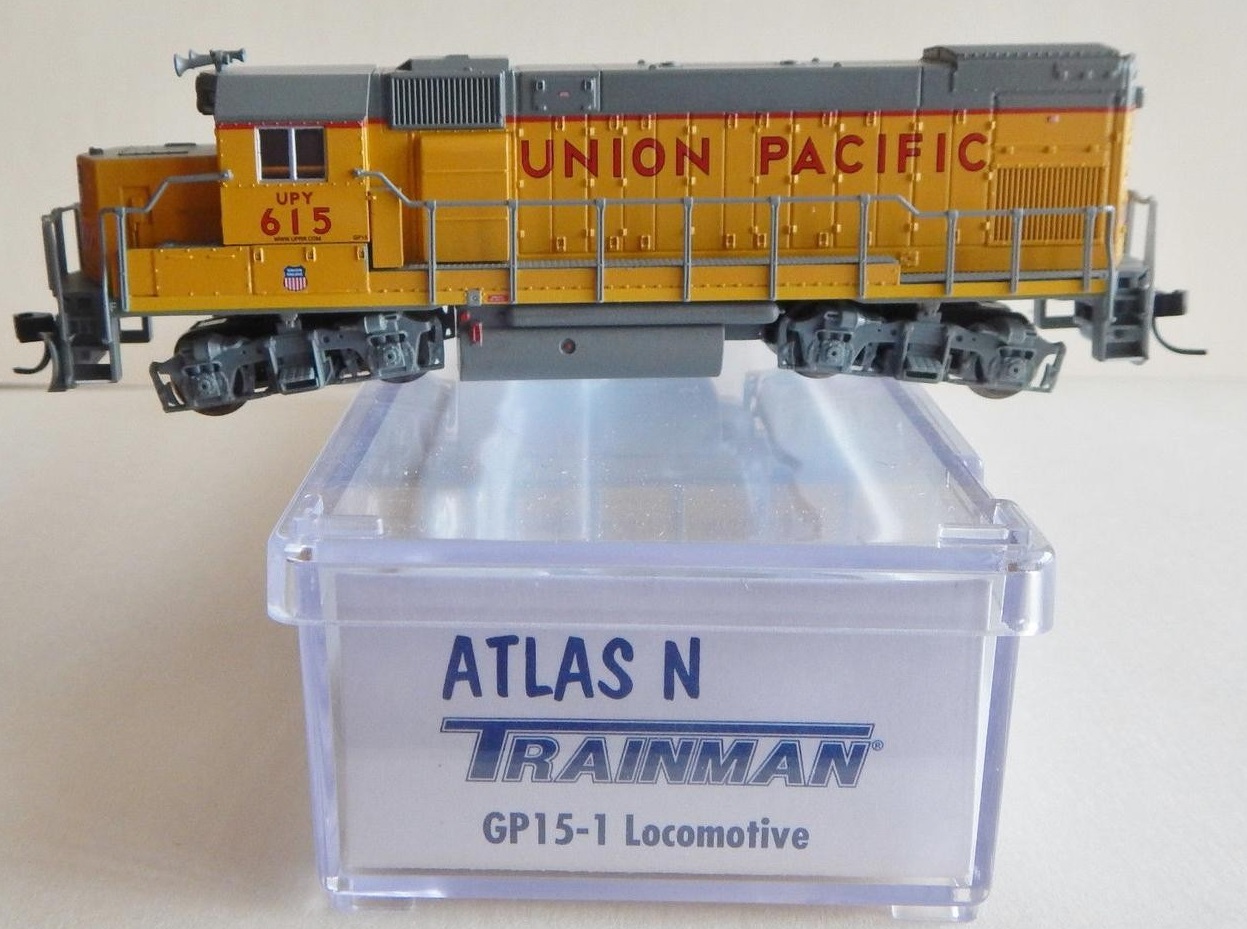 
Model Information: This model is part of the Atlas Trainman line and it features:

The EMD GP15-1 is a 4-axle diesel-electric locomotive built by General Motors Electro-Motive Division between June 1976 and March 1982. Intended to provide an alternative to the rebuilding programs that many railroads were applying to their early road switchers, it is generally employed as a yard switcher or light road switcher. This locomotive is powered by a 12-cylinder EMD 645E engine, which generates 1,500 hp (1,119 kW). The GP15-1 uses a 50-foot-9-inch (15.47 m) frame, has a wheelbase of 29 ft 9 in (9.07 m) and has a length over couplers of 54 ft 11 in (16.74 m). A total of 310 units were built for American railroads. A number of GP15-1s remain in service today for yard work and light road duty. The radiator section is similar to those found on the EMD SD40T-2 and EMD SD45T-2 "tunnel motors," leading some observers to incorrectly identify the units as such or as GP15Ts, and giving them the nickname "baby tunnel motors".