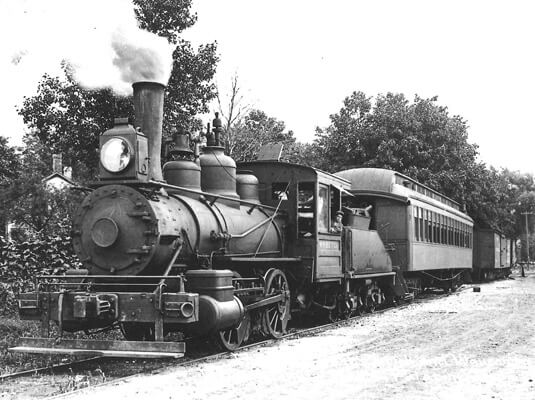 Justin Orvis and Robert Wynn founded this railroad. They originally envisioned a 75-mile (120-kilometer) electric route throughout Lake and McHenry counties, but this was the only stretch developed. The route delivered freight and commuters to these communities, as well as vacationers to Dr. Wilson's Deer Grove Park picnic grounds (now Deer Grove Forest Preserve). The railroad had many problems due to secondhand equipment and the steep trestle built to cross the Elgin, Joliet and Eastern in Lake Zurich. The most famous engine on this route was nicknamed 'Old Maud' and was purchased from the Chicago and North Western Railway.

The railroad opened on 25 August 1912 and closed in 1924. Financial mismanagement, the improvement of local roads and the rise of the automobile helped bring down this route.