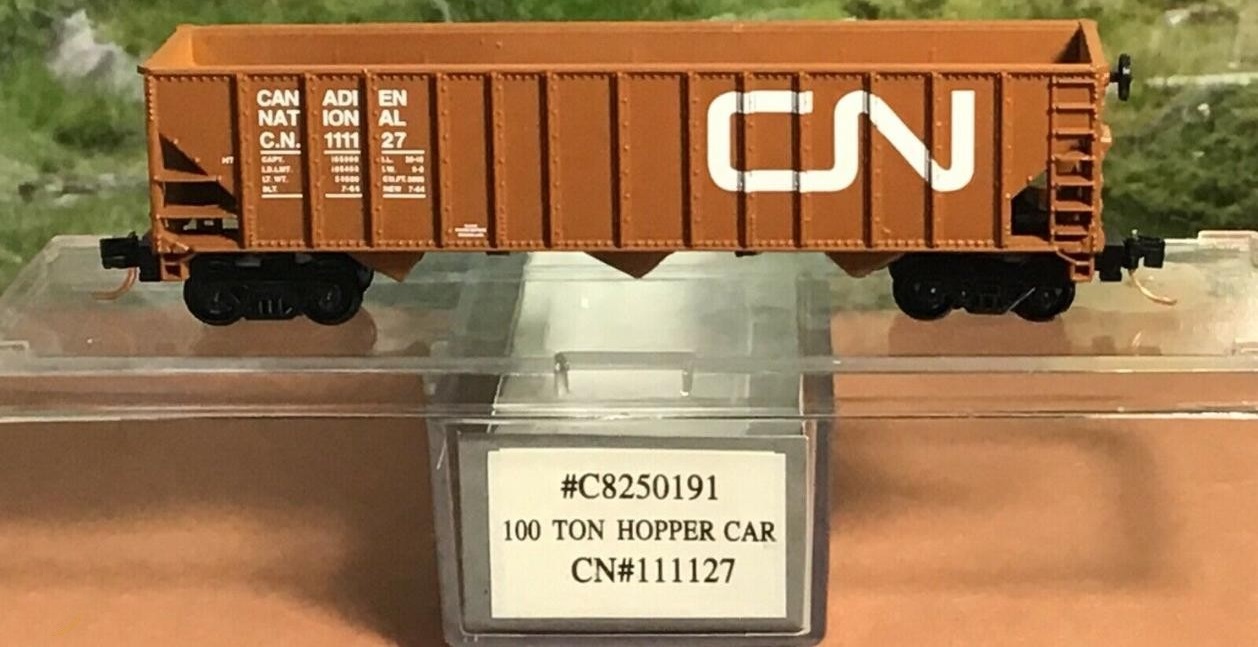 Model Information: These models were made in China for Life-Like by Sanda Kan. They were also imported by Industrial Rail and Con-Cor. They have been repainted by Bev-Bel. They are sometimes referred to as "45 Foot Rib Side Hoppers". They have nickel-silver plated deep flange wheels and Rapido Couplers.

Hobbycraft Canada (or Canadian Hobbycraft) has been the importer of Life-Like products in Canada. They produced Canadian versions of Life-Like rolling stock and engines.
Their license agreement from Life-Like expired in 2006 and was not renewed. The model train activity then continued as True-Line Trains.