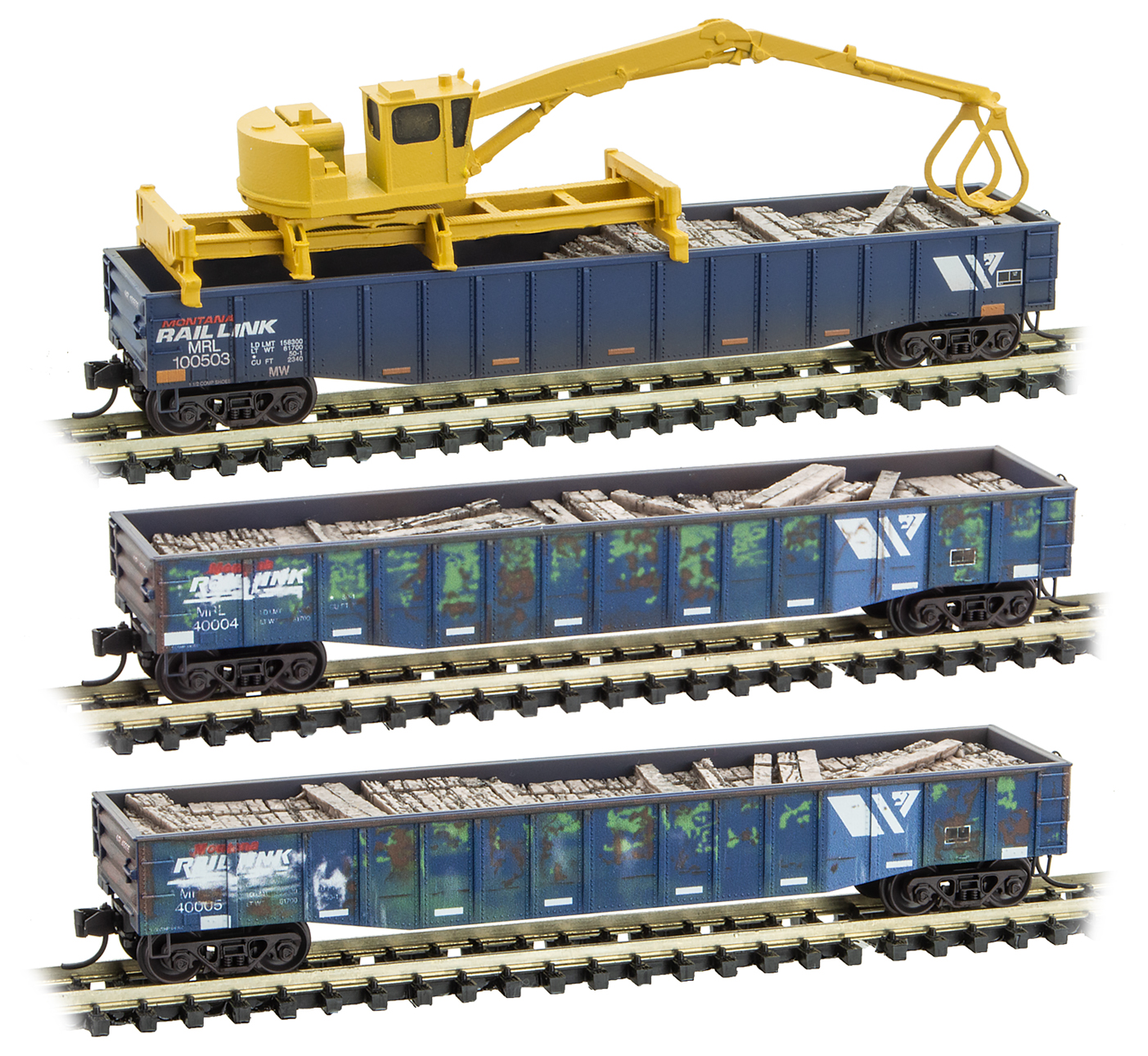 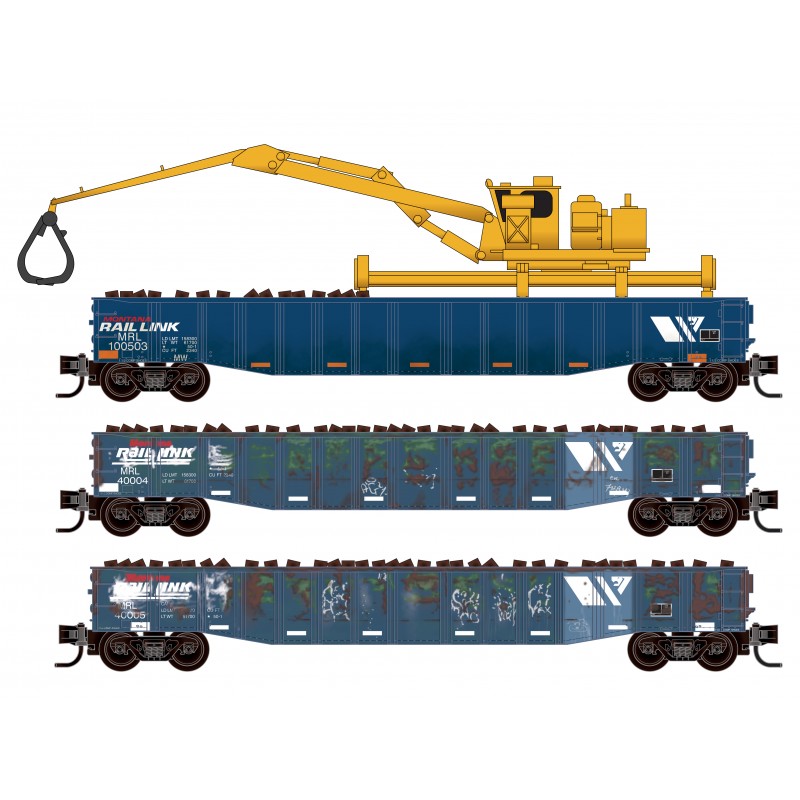 
Specific Item Information: MRL Weathered Tie Loader 3-pack Road Numbers 100503, 40004, 40005. Tie Loader is made of resin parts, 3D printed parts and etched metal for the claw. Parts come unassembled and unpainted. Window decals for the tie loader are included (not shown).
This ex-Burlington Northern gondola was converted by Montana Rail Link to be used for Maintenance of Way service. Carrying railroad ties and a tie loading crane with the ability to âwalkâ itself from gondola to gondola, it is still being used today. 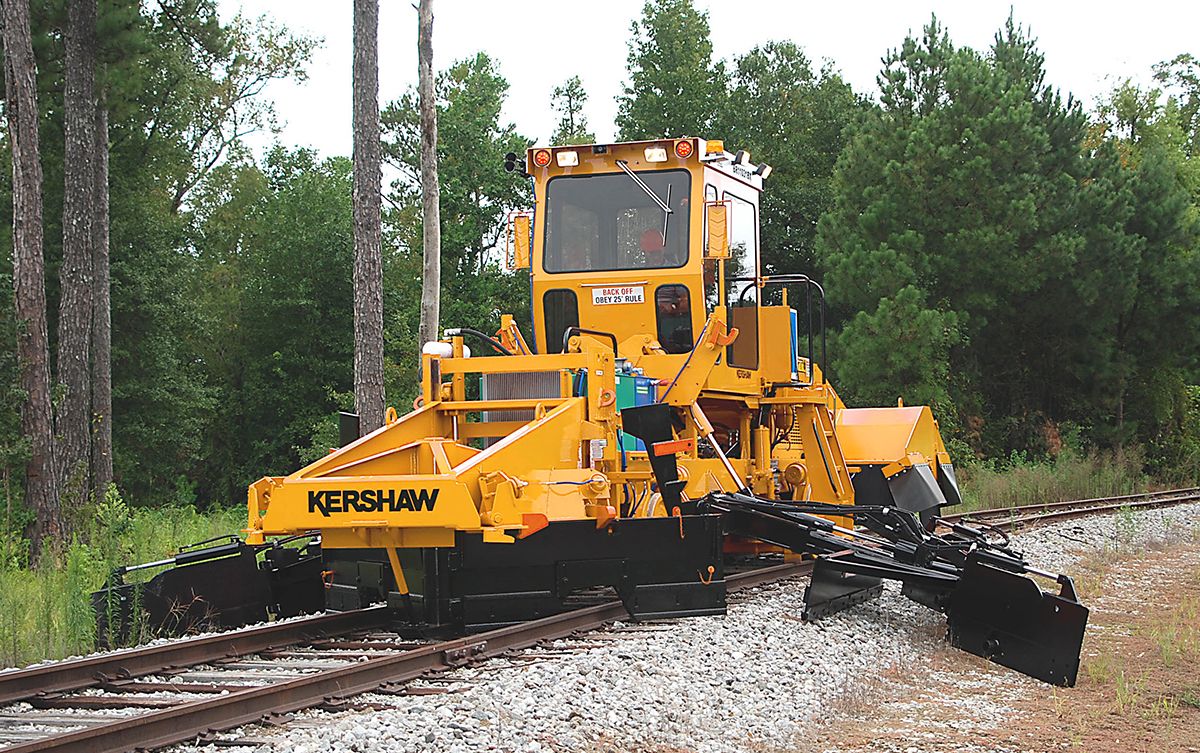 The definition of "Maintenance of Way" is the upkeep and repair of a railroad's fixed property (as track and bridges). Railroads have always used specialized and modified rolling stock and motive power for this purpose. Types of equipment run the gamut from snow plows to ballast spreaders to cranes to dedicated passenger cars.

Some equipment is purpose built such as modern ballast spreaders, while other equipment can be modified from revenue generating equipment such as gondolas, boxcars and passenger cars. Usually yhe equipment is painted in distinctive patterns to clearly indicate that these cars and locomotives are not being sued for revenue-generating service.