Model Information: This Atlas model was introduced in 2019. 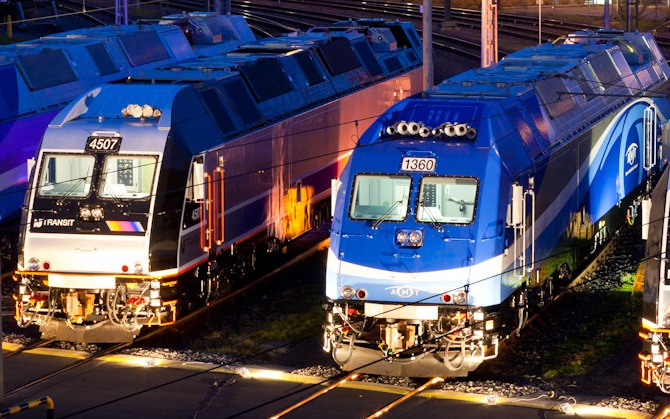 The ALP-45DP is a type of single cab dual-mode locomotive built by Bombardier Transportation for use by NJ Transit and Exo. The ALP-45DP is an electro-diesel locomotive design derived from Bombardier's ALP-46/A and TRAXX locomotives.[35][note 3] Design requirements included mass less than 288,000 lb (131,000 kg), length less than 75 ft (22.86 m), and EPA-compliant emissions. The bodyshells of the locomotive were constructed at Bombardier's WrocÅaw site, the bogies at Siegen, and the alternators at Hennigsdorf factory. The locomotives were assembled at Kassel.