Model Information: This product first became available in September of 2019. 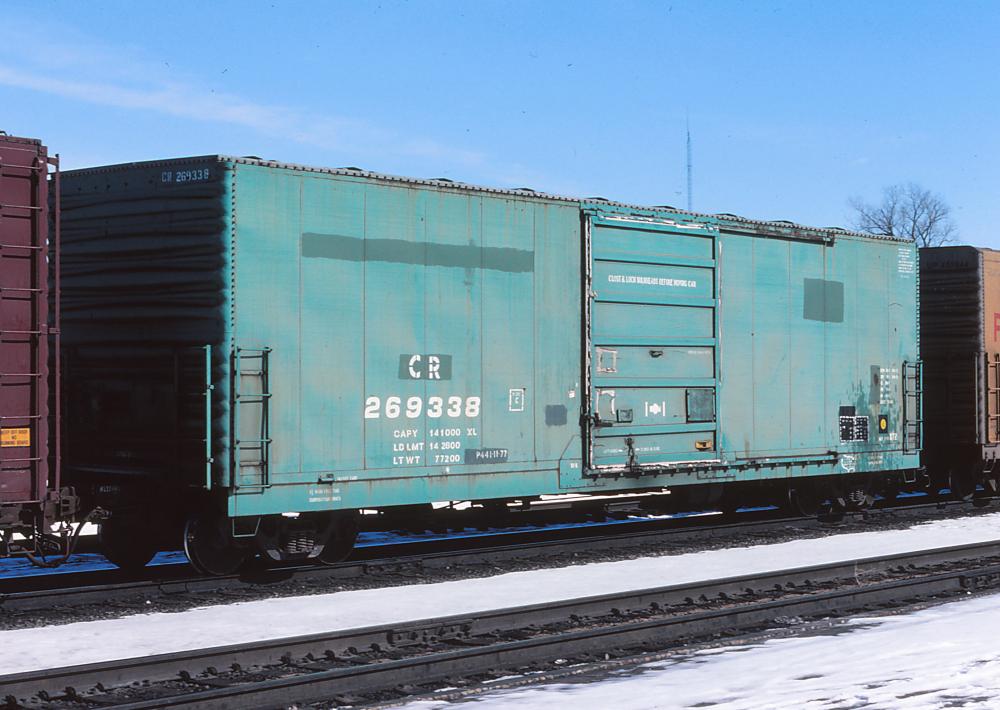 Between 1972 and 1973, Penn Central began purchasing the first of the 50' X72 boxcars from US Railroad Manufacturing (Evans) Blue Island, IL, plant. These cars would eventually find their way to Conrail in 1976, retaining their PC numbering series while getting CR reporting marks. However, many X72's can still be spotted in their original PC green paint scheme and PC reporting marks, though fairly rusted and faded.

There is only one subclass of the X72, the X72A. But as Jim Six points out in his Railroad Model Craftsman article, there appears to be no external distinction between the X72 and X72A. Both cars have welded panel construction, with 6-panel Superior doors. Yet I have photographed one X72, CR 269272, with a 6-panel Superior door with raised X-panels, for which no detail part is available.

The X72 is a general purpose boxcar that can be found in nearly every service, making is a very common boxcar. Some cars are equipped with DF Belt Loaders for assisting in loading and unloading of special equipment, while other cars are equipped with Dual Air Paks for shock control of goods, and pallets. These specially equipped cars are in assigned service to specific industries for specific loading.