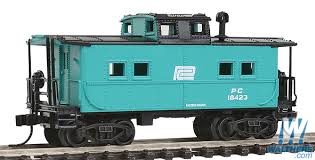 Model Information: Life-Like first introduced this body style in the 90's. They have metal wheels and truck-mounted Rapido couplers. The caboose design is based on a common prototype used by many Northeastern roads.