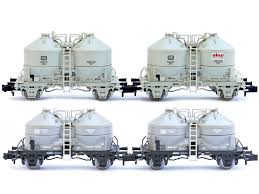 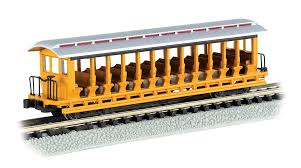 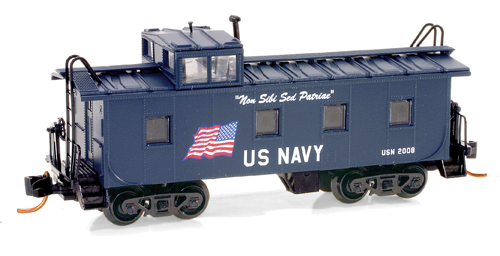 Model: The cars have different car numbers in the set. They also have close coupler mechanisms. The cars have numerous separately applied details. Total length over the buffers 162 mm / 6-3/8". 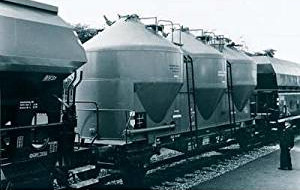 With the introduction of the 12-digit UIC number, the Kds 54 railcars were renumbered in Ucs908. Even while the Ucs909 railcars were still being procured, a number of Kds 54/Ucs908 were converted into Kds 56/Ucs909. For many years, both types formed the backbone of the powder railcar stock of the Deutsche Bundesbahn (DB). 1965 is said to have seen the largest inventory of Kd/Kds 54, when 1,232 railcars were counted. The first reductions in stock were in 1967 when 86 railcars were sold. Further sales to EVA and VTG followed in later years, and by 1990 there were 953 left in the inventory.