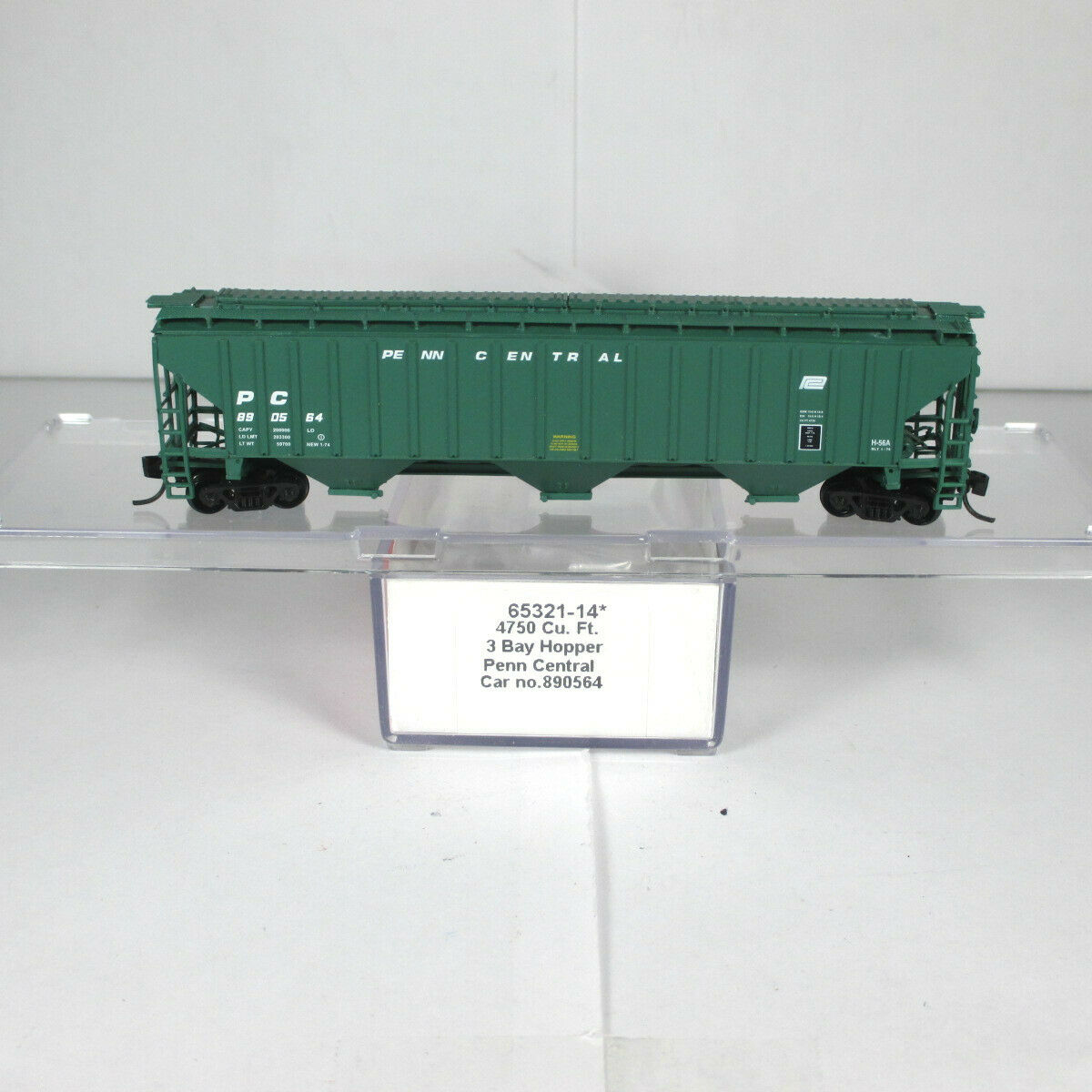 
Model Information: Rib-side, 3-bay covered hoppers. 4750 cubic foot capacity. Features etched metal roofwalks, sharp painting and lettering, multiple road numbers per paint scheme, and metal wheels (at least for the 2017 release - earlier releases likely have plastic wheelsets). InterMountain does not refer to a specific prototype on their website for this model, but I have seen it referred to as both a PS (Pullman-Standard) as well as a Thrall. Perhaps the model has elements of both prototypes baked into the molding? Would love to hear from a prototype expert on this one...