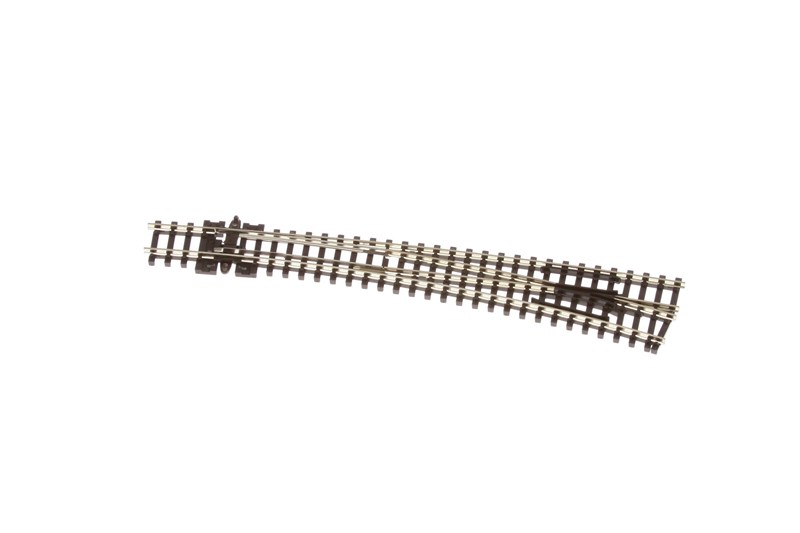 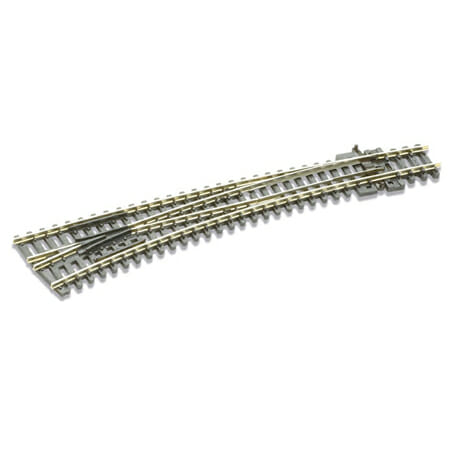 Specific Item Information: The Peco streamline Unifrog combines the features of both Insulfrog and Electrofrog. As supplied the turnouts operate like an Insulfrog: the tip of the frog is a separate, isolated section, so will be dead when connected to a live layout. However, a wire has been welded to the underside of the frog tip that gives the modeller the option of "powering" the frog, i.e. connecting it to a microswitch, or changeover switch, which allows the frog tip to change polarity according to which direction the turnout is set. It's a much more versatile option for modellers. All Peco Streamline turnouts are supplied complete with comprehensive instructions.

Peco is a UK-based manufacturer of model railway accessories, especially trackwork, based at Pecorama, Beer in South Devon, England, UK. PECO business started trading in 1946 and is now in its second generation.

From quite early days PECO has concentrated its manufacturing skills in the direction of producing trackwork for the model railway enthusiast. Individual component parts was how it started but this developed into HO/OO ready made track with fibre sleepers. With plastics becoming more popular in the 1960s it was decided to introduce the famous Streamline range which over the years has become one of the worldâs leading brands for not just HO/OO but all scales from Z to G. 2004 saw the introduction of yet another range with code 83 rail especially developed for the HO North American market.

Publishing is another aspect of the work undertaken at the headquarters of PECO. Railway Modeller, now in its 60th year continues to be Great Britainâs best loved model railway magazine with by far the largest readership.
www.pecopublications.co.uk

The headquarters or PECO, located in a most wonderful coastal part of Devon, has not unnaturally attracted visitors over the years and so it is that the site has become one of the country's most important tourist attractions. The Exhibition of model railways is there to inspire you and technical advice is on hand from one of our experts should it be needed.
This is not all, for PECO is set within beautiful gardens which are home of the famous 7.25in gauge passenger carrying Beer Heights Light Railway. Before you make your visit obtain a copy of our free leaflet or visit our website (www.pecorama.info) which explains in detail the facilities available as well as opening and closed times, ensuring that you will not be disappointed.