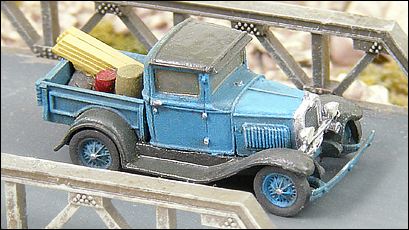 Company History: The New York, Susquehanna & Western Railway (reporting mark NYSW) (a.k.a. the Susie-Q or the Susquehanna) is a Class II American freight railway operating over 500 miles (800 km) of track in the northeastern states of New York, Pennsylvania and New Jersey. It was formed in 1881 from the merger of several smaller railroads. Passenger service in Northern New Jersey was offered until 1966. The railroad was purchased by the Delaware Otsego Corporation in 1980, and became a regional player during the 1980s in the intermodal freight transport business.

The New York, Susquehanna & Western can trace its roots back to the Hoboken, Ridgefield & Paterson Railroad, chartered in 1866 to connect industrial Paterson, New Jersey, with the ports along the Hudson Waterfront opposite New York City at Hoboken. That same year, the New York and Oswego Midland Railroad was chartered to connect the Great Lakes port at Oswego, New York, with New York City. Several competing companies sprang up in 1867, but the New Jersey Western was the most successful, constructing westward from Paterson and Hawthorne. Cornelious Wortendyke, president of the New Jersey Western Railroad (NJW), signed a lease agreement with DeWitt Clinton Littlejohn of the New York, Ontario and Western Railway (NYO&W) giving his road a through route into New Jersey. Construction on the NY&OM started in 1868 and progressed rapidly. The NJW changed its name to the New Jersey Midland Railway in 1870, and construction had stretched from Hackensack, New Jersey, all the way through to Hanford.

Currently, the NYS&W operates over 500 miles of track in three states. The network consists of three main routes, one running from Northern New Jersey to Binghamton and the other two branching north from Binghamton to serve Utica and Syracuse.