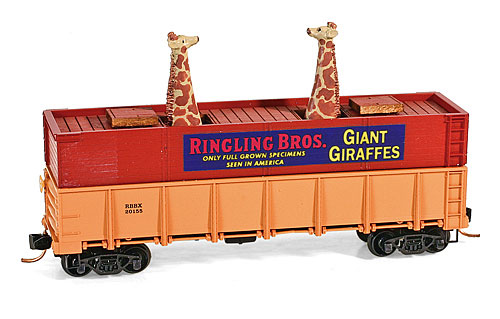 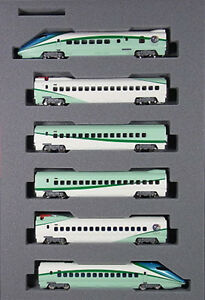 The Great American Circus and Wild West Show is a fictitious circus created by Lowell Smith. Here is what he says about it:

âThe Biggest Little Show on Earthâ was birthed when I realized there was no N scale circus train available. Not wanting the expense of a license with the Ringling Brothers was a smart move, as it made my circus not only affordable, but allowed the freedom to be totally creative doing what ever I wanted. Itâs my circus! The series launched in the summer season of 2003.
After years of no competition, finally a few years back another N scale circus came onto the scene. Many have asked how I feel about Micro-Trains producing the Ringling Brothers Barnum & Bailey train. My response is simple. Back in the day there were many a circus competing from town to town around our nation. And so I welcome the competition! It is all fun! But without a doubt, The Great American Circus and Wild West Show continues to wow audiences around the country. It truly is, âThe Greatest Show on Railsâ!