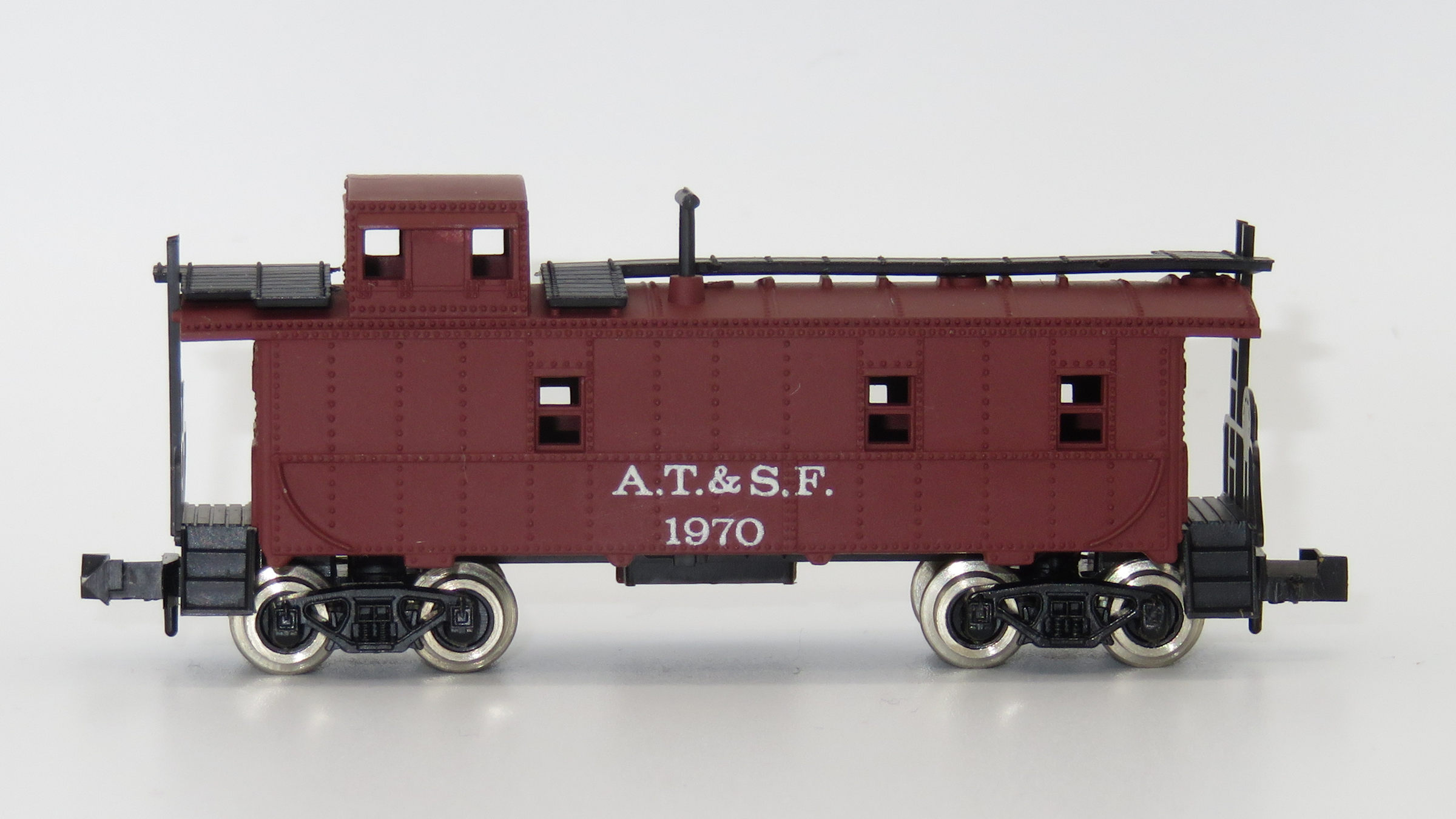 Model Information: I first found this car in the 1972 Bachmann catalog listed as "51' Flat Car With Loads". It is listed with three different road names each with a different kind of load: Penn Central with containers; New Haven with trailers; Santa Fe with cable reels. The 1972 price was $3.50 per car.

The latest version from Bachman features an updated tooling. The 52' 6" Flat Car has ramps that you can lift up and down and body-mounted E-Z MateÂ® Mark II couplers. The removable 35' Piggyback Trailer features graphics to match the prototype. Optional set of Rapido couplers included.