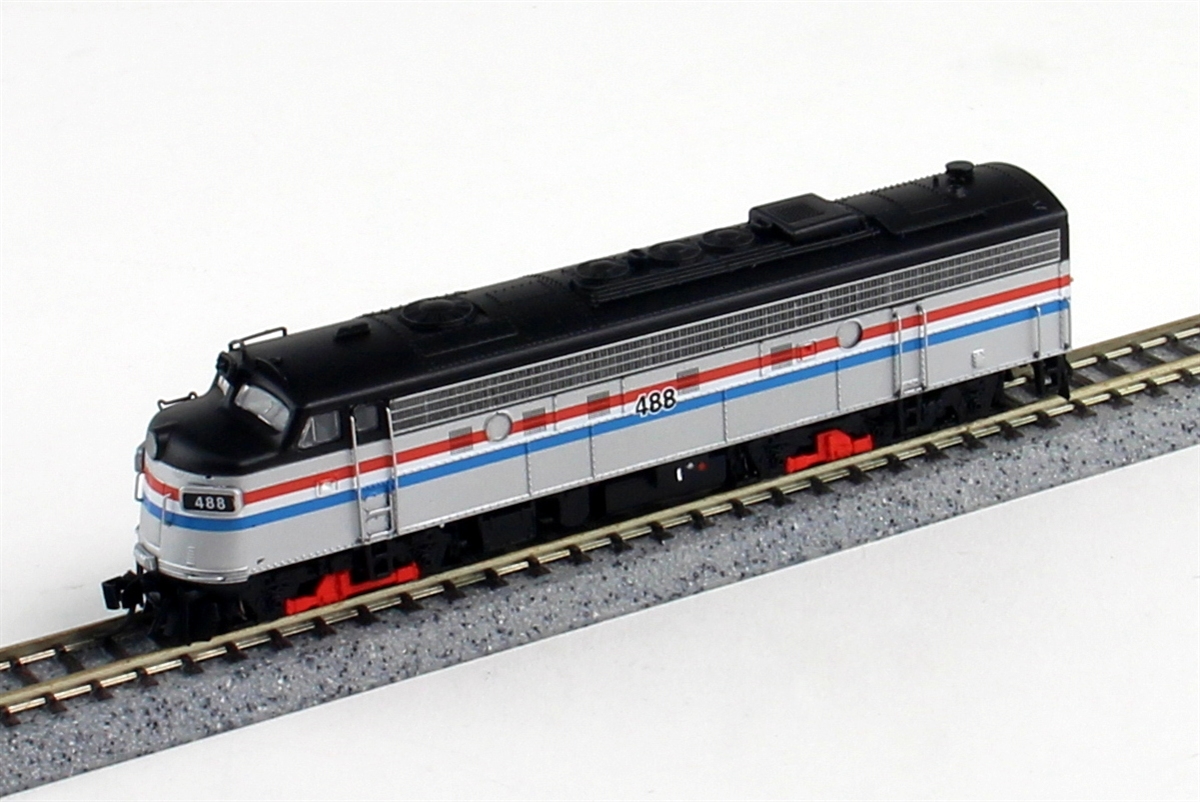 
Specific Item Information: This engine with this paint scheme was in service between 1979 and 1996


Model Information: This model was released in 2016 by Rapido Trains. Several numbers available for each paint scheme. The full manual for this train may be found: by clicking here

Important Note! The DCC-Ready versions of this train come with a mail-in coupon for a FREE dual-mode DCC drop-in decoder.

The EMD FL9 has secured a rightful place in North American railroad history. These dual-power locomotives were designed to operate on both diesel-electric and on pure electric power so that they could haul the New Haven Railroad?s passenger trains in and out of New York City's Grand Central Terminal without the need for an engine change. Built between 1955 and 1960, many of the fleet continued in regular revenue service for nearly fifty years on both long haul and commuter trains. While the last revenue commuter run occurred in 2009, two units remain in regular revenue service today on the Maine Eastern between Brunswick and Rockland Maine. Several others have been preserved and are in use on tourist railroads in both the US and Canada.

This engine can be viewed as a modified FP9. It was built to carry a larger steam generator than the FP9 and hence is longer and heavier. To support the extra weight, the rear truck sports 3 axles in place of the FP9's double-axle configuration. The result is a relatively uncommon 5-axle design (2 in front and 3 in the back) with 10 wheels.